Barcelona’s Alex Song was sent off as Cameroon crash out of the World Cup after losing 4-0 against Croatia in their Group A match in Manaus. Goals from Ivica Olic, Ivan Perisic and a brace for Mario Mandzukic ensured that the Croats go into their final group game against Mexico with a chance of making it through to the last sixteen. 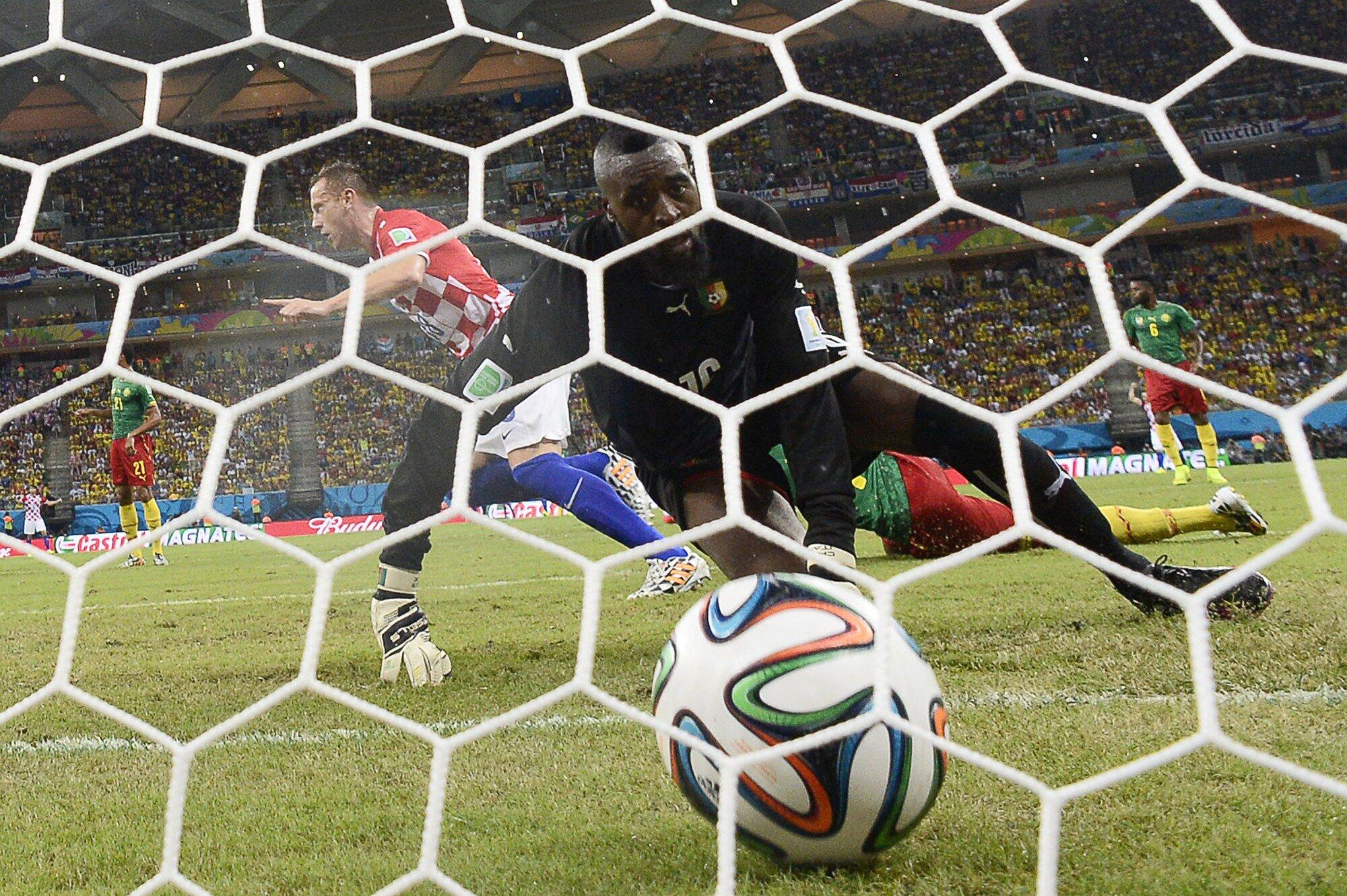 Alex Song’s dismissal just before half-time after elbowing Mario Mandzukic on the back of the neck, was not the only indiscipline for the disgraced Cameroon side. Frustrations shone through for the Indomitable Lions as team-mates clashed when Benoit Assou-Ekotto was caught on cameras head-butting Benjamin Moukandjo. Luckily for the QPR defender, the referee did not see and he stayed on the pitch.

After the disappointment of the opening game and maybe felt a bit letdown by the dodgy officiating the Croatians put that experience behind them after just 11 minutes as Ivica Olic came his side the lead. Darijo Srna and Mandzukic combined to find Ivan Perisic on the edge of the area. The midfielder played the ball into the back post where Olic was present to tap home.

After Song was sent for an early bath, the teams returned for the second half where Croatia extended their lead within a few minutes. Having made the opener with a fine pass, Ivan Perisic scored a second three minutes into the second half after a fine solo run.

Bayern Munich striker Mario Mandzukic headed in a third just after the hour mark before tapping in a fourth on 73 minutes to complete a more than relaxing win.

Next up for Croatia is Mexico on Monday in Recife with the other game, Cameroon meeting Brazil is on at the same time in Brasilia.