Four years on from a horrific showing in South Africa, England’s World Cup dream is very much hanging in the balance once again. The nation was filled with hope at around 7:55pm this evening in England, but two hours later, the mood had changed drastically. 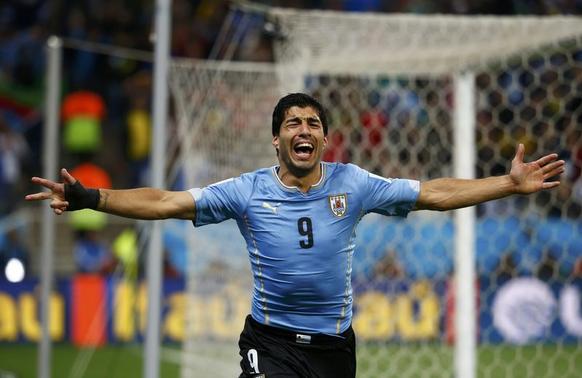 There has been a lot of discussing and debating on whether or not Wayne Rooney deserved the chance to start in his preferred ‘number 10’ role in the crucial tie between England and a Uruguay side who were shocked by a triumphant Costa Rica in their first game of this World Cup campaign. Hodgson made the call to start Rooney in said role, and early-on, it looked as though England we’re going to be a strong force in the match. Rooney, widely criticised over his poor England performances in previous World Cup competitions, came close with a free kick just 10 minutes into the game as England fans both in Brazil and the nation’s homeland gasped when the ball looked like it might just drop into the back of the net.

The inaugural World Cup winners fired off a few warning shots, as Edinson Cavani went close with a first time effort from a corner and Rodriguez’ driven strike came only inches from flying past Joe Hart in the England goal, but ultimately, England looked the better side. With the clock ticking down in the first half however, England fell asleep one time too many, and Cavani wonderfully lofted a ball over the top of the England defence to Uruguay’s talisman Luis Suarez – who’s fitness had been widely doubted before the game – headed past Joe Hart to put the South Americans ahead. A quick-fire response from England nearly came to fruition as Sturridge’s shot was parried wide by Uruguay keeper Muslera, but it wasn’t to be in the first half as a deflated England solemnly trudged off of the pitch.

After the break, Uruguay started the much better side and went close with a number of unique corner kicks from Luis Suarez which challenged Joe Hart’s concentration and reflexes, and England were under serious pressure from their opponents, with Rooney missing a decent chance to get his first England goal and take a bit of pressure of his side, but Uruguay held on. That was until Glen Johnson, often criticised defensively, charged forwards and cut inside to lay up Rooney with a pass to the back post, where the forward finally broke his World Cup duck to score his first goal in ten World Cup games as he tapped the ball past Muslera. England were flying, and the belief was back, but their hopes were soon dashed once again.

It was Steven Gerrard’s literal slip-up against Chelsea that has been cited as what cost Liverpool a first Premier League title, and disaster struck once more for the England skipper as his backwards header beat his own defence – who should have been more alert to the ball – and Suarez anticipated it fantastically to charge it down and blast the ball past Joe Hart five minutes from time, sending the Uruguay fans into ecstasy and England fans into despair.

England will perhaps bemoan their luck on the day, but quality finishing ultimately prevailed and now Roy Hodgson’s ‘Three Lions’ face an uphill battle to escape their group. It’s now or never for England as they go into a massive clash with Costa Rica – whilst Italy will meet Uruguay in a game that could very well decide England’s fate – where England’s lion-like spirit will need to be on display for the one-time winners to stand a chance of moving through Group D.