To a traditional English football fan following Brazilian football can only be described as confusing, mind numbingly behind the times or just plain ludicrous.

The Brazilian football season is divided into two halves. The 1st half of the season is generally played from January to April and, as crazy as it sounds, is divided into state not national divisions. There are too many states to name but this sees over 20 different competitions being conducted at the same time, where small teams within the states who are not good enough to reach the top national league, play teams that are much better than them for four months. Confusing, yep you’re not wrong.

So for example, say you’re in England, it’s like having a County Championship from January to April and then the Premier League from May to December. i.e. your beloved West Brom wastes four months of the year playing teams like Dudley Town F.C. (who I’m sure are great to watch so no offence Dudley fans) because they are in the same county as you. 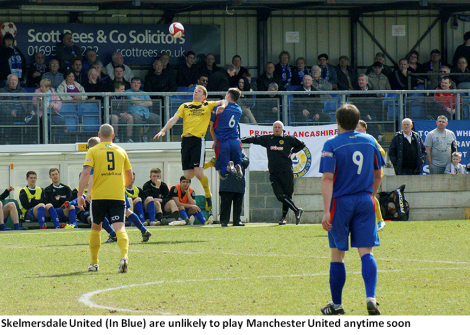 You may ask who on earth would go and watch those games? And in reality you would be right. Let’s take one of the most popular and arguably the strongest of the state championships, the Paulistão. The Paulistão is the state league which includes one of Brazil’s biggest cities Sao Paulo, after which the state is named, crowds for Paulistão games are regularly below 7,000 while the results are not surprisingly always in favour of the big teams. 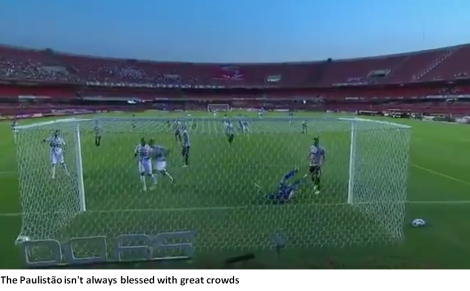 Sao Paulo state and the Paulistão competition has some big Brazilian teams in it that you would of heard of such as Sao Paulo FC, Palmeiras and Santos as well as some smaller teams as any state would in Atlético Sorocaba (who are in Brazil’s 4th division of national football) and Bragantino (who are in Brazil’s 2nd division of national football). You would think it would be pretty hard to convince a big club like Sao Paulo F.C. to waste half their year playing teams such as Sorocaba, for which they receive basically no revenue but yet the power of the state football organizations in Brazil makes this happen.

Could you imagine the Lancashire Football Association persuading Manchester United to play in a league from January to April which involved blockbuster games versus Bury and Accrington Stanley for no money, I think the not. Yet in Brazil for half the year this is a reality, big teams play minnows in front of the proverbial one man and his dog. Why you may ask, good question, except no one outside of Brazil can understand why.

There is so much more confusion to the Brazilian football system for the first four months of the year than can be contained in this article, factor in relegation in some of the state leagues, many teams play in state leagues but not in the national competition and that leagues can be divided into three or more stages will make your footballing brain want to explode.

Questions you may be asking may include – Does the state league system hurt top teams in Brazil in terms of revenue and growth? Absolutely.

Is the state league format obsolete? You bet.

Does this mean big teams in Brazil treat the state tournaments as pre season rubbish? You know it.

Is it likely to change soonish? No chance.

You see in Brazil footballing power doesn’t lie with the national league competition like the Premier League in England but with the presidents of the individual state federations. In other words it’s like the president of the Lincolnshire Football Association (Lincolnshire being a county which has one team in the top four divisions of professional football) suggesting,  put the premier league on hold for four months the hotly contested Lincolnshire county champion needs to be decided first. Madness.

So my advice until the quality of the Campeonato Brasileiro Série A (the Premier League of Brazil) kicks off in May when all the big teams nationwide get involved, keep it simple and pick one of the bigger state leagues to follow, either the Sao Paulo ‘Paulistão’ or the Rio de Janeiro ‘Campeonato Carioca’ and watch in amazement as some of Brazils top teams pound minnows in front of crowds that could fit into a smart car.

Welcome to the crazy world of Brazilian football.