An eventful weekend in which history was made with all 5 of the ‘Big 5’ defeated during their fourth round fixtures resulting in two managerial casualties. Racing kicked things off with defeat at home to Arsenal costing Luis Zubeldia his job, a day later in Avellaneda, Independiente’s Nacional B nightmare continued with defeat to Atletico Tucuman, and Miguel Brindisi was shown the door. Sunday was the turn of River Plate and Boca and finally on Monday night, San Lorenzo were on the wrong end of a 3-2 thriller in Quilmes. And so after 4 rounds it is, surprisingly, still, Argentinos Juniors and Gimnasia La Plata leading the way. 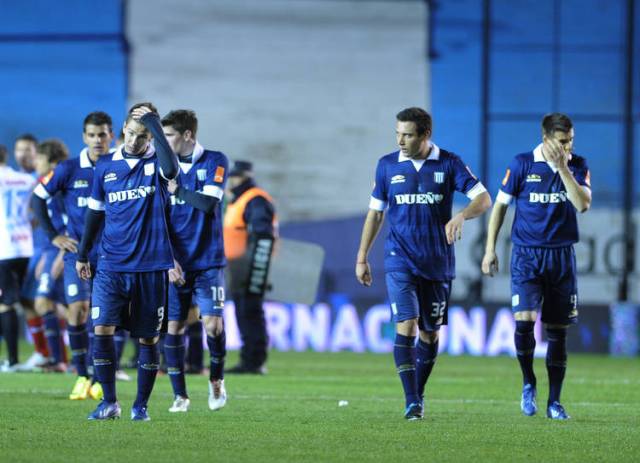 Gimnasia La Plata continue to impress on their return to the Primera as they came from a goal down to defeat Belgrano 2-1 in Cordoba. Two second half goals from Federico Rasic cancelled out Jorge Velazquez’s early opener for the home side and means Gimnasia are now 3 wins from 3 and top of the table.

Newell’s Old Boys defeated Atletico Rafaela by two goals to nil, thanks to goals from Marcos Caceres and debutant, David Trezeguet. The French World Cup winner finished off a stunning one touch passing move with an exquisite volley from the edge of the area….well worth a watch.

In Avellaneda, Racing were once again on the end of defeat as Martin Rolle came off the bench to score twice and give Arsenal a 2-0 win. A press conference on Monday confirmed what everyone already knew as Luis Zubeldia was axed as Manager. Still just 32 years of age, Zubeldia has plenty of time but Racing obviously someone else would better lead their current crop of talented youth players. The early names being touted are former player, Gustavo Costas; Omar De Felippe, who kept Quilmes in the Primera last season and Jose Romero, former All Boys manager.

Argentinos Juniors fine start to the Torneo Inicial continued as Caruso Lombardi’s men edged Tigre thanks to Daniel Villalba’s fine goal. Their third consecutive win gives them the early lead of the championship and more importantly improves their relegation average.

Rosario Central bounced back from two defeats to beat Godoy Cruz. With the game heading for a draw, Central were gifted the chance to win from the spot and Uruguayan, Sebastian Abreu made no mistake.

Olimpo drew 1-1 with All Boys meaning both sides will have to wait for their first wins in the Torneo Final. Jonathan Ferrari gave All Boys the lead early in the first half but another goalkeeping howler from Nicolas Cambiasso gifted Olimpo an equaliser and further frustrated All Boys manager, Julio Falcioni. 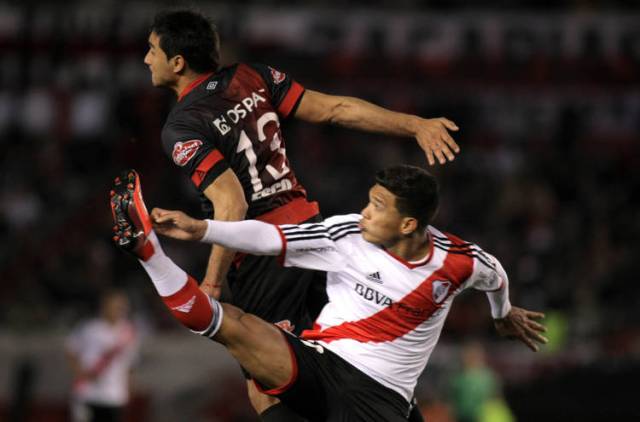 River Plate were finally able to field new signing, Teo Gutierrez but were still surprisingly beaten in El Monumental by Colon. Despite bossing the game and having almost 70% possession River failed to create too much and fell behind to Facundo Caruchet’s scrappy opener and then further behind after Ruben Ramirez’s superb strike. Gutierrez managed a debut goal with minutes remaining and a strong penalty shout not given almost gave River a way back but they were unable to continue their fine run of form in El Monumental.

Boca Juniors travelled to La Plata to face Estudiantes and were undone by Guido Carrillo’s second half brace. Despite the loss of Duvan Zapata’s goals, Estudiantes are still yet to lose in La Plata under manager, Mauricio Pellegrino. 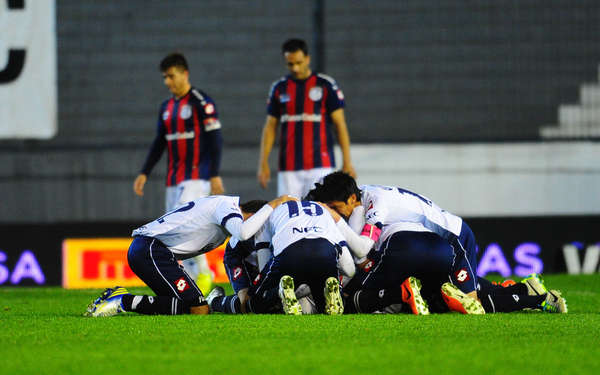 San Lorenzo’s fine run that had continued from last season is well and truly over after defeats to Argentinos Juniors and River Plate in the Copa Sudamericana, this was a chance to bounce back and show their title credentials. Instead some poor defending and some fantastic goals ensured Quilmes were victorious, despite having to take the lead 3 times.

Quilmes took the lead early when a free kick was swung across the San Lorenzo penalty box and flicked to the back post where Fernando Telechea was completely unmarked to slide the ball home. The lead lasted 30 minutes, when San Lorenzo speed merchant, Gonzalo Veron broke free down the left before cutting inside, aided by some rather soft defending and curling his shot beautifully inside the far post.

The second half continued in much the same way as the first with both teams looking equally dangerous but equally vulnerable at the back. In the 56th minute, Quilmes retook the lead when Luciano Abecasis drilled his volley expertly into the bottom corner. Once again, San Lorenzo came back and again it was the pace of Veron that was the problem. This time Veron was halted as he sped across the penalty box but the ball fell to ex-Quilmes striker, Martin Cauteruccio and he made no mistake in thumping the ball into the net to draw level.

Either side could have won it but the best was saved until last when Arnaldo Gonzalez caught the sweetest of volleys from the edge of the penalty area after San Lorenzo had failed to adequately clear a corner. A fantastic goal to win any match but another one which San Lorenzo manager, Juan Antonio Pizzi will be furious to concede. 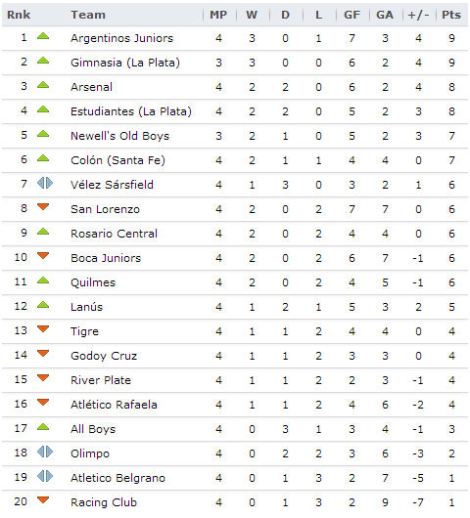