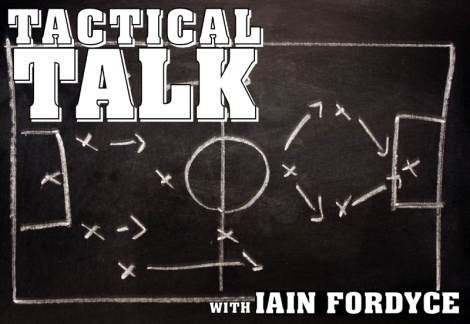 Navas Not Here To Warm The Bench

The signing of Jesus Navas to Manchester City did catch me by surprise as this deal was completed before they appointed a new manager. Before June Pellegrini did say that there was a verbal agreement for him to become Manchester City manager however Navas did say in early June:

“Things have been clear for a few months. City made a strong move for me and I knew my time in Sevilla would come to an end.”

Does this mean Manchester City have been talking about bringing in Navas for a few months? Either way Navas wouldn’t be here to sit on the bench for the majority of games especially with a World Cup coming up, players will want to be on the pitch and not keeping a seat warm on the bench. Seeing Manchester City play with actual wingers will be interesting to as City in the past mostly played a narrow 4-2-3-1 with Silva and Nasri in the three behind Sergio Aguero. I’m a massive fan of playing with wingers however if you are going to be playing with a winger on the right, then you would assume that they would play with a winger on the left to so the team isn’t unbalanced. Does the signing of Navas mean that Sinclair will play more football next season? Before his move to Manchester City last summer he was in great form for Swansea and played excellently for Team GB at the Olympics and in my opinion was on the verge of the England call up but swapped 90 minutes on the pitch every week for 90 minutes on the bench each week.

When Spain play it is unusual for them to play with two natural wingers as they have so many players who play through the middle and are great at playing quick one two footballs. Navas is a very direct winger so one way they could incorporate him into the team is through the way Spain sometimes do as shown on the tactics board. As Spain have Jordi Alba who will run all day they can afford to play with an extra man in midfield as Alba can attack well down the wing which is something that Clichy can definitely do for Manchester City. However this could lead to them being countered on the sides and even through the middle as someone may have to cover if Clichy goes on a run.

I’m not suggesting that I expect Manchester City to play like Spain but for a team like Manchester City who haven’t really used wingers in recent seasons like Spain I have drew comparisons on how Manchester City could line up with Navas on the wing like Spain do when they play Navas and as they don’t play with a recognised winger on the left then it gives Alba freedom to run forward which is what Clichy can do.

Losing Carlos Tevez in my opinion could be a massive blow to Manchester City’s chances of winning the title. Tevez is not just a fantastic finisher but he is a pest for defenders. One aspect of Tevez’s game which I do like is his excellent energy levels. Tevez is always chasing after players and when he is running with the ball at his feet he is difficult to stop him as he has excellent balance. For a reported £10 million, Juventus have got themselves a bargain there!

Extravagant transfer fees always catch attention and the signing of Fernandinho a 28 year Brazilian for £34 million from Shakhtar Donetsk is the latest massive signing from Manchester City. I don’t know if someone who has only played 5 times for his country during his career and all of them being in the last 2 years is he actually worth £34 million? Looking at a team like Tottenham they have signed Paulinho for £17 million, Paulinho was excellent at the Confederations Cup for Brazil. In all honesty I think there are much better buy’s out there, we have seen that Strootman is on the verge of joining Roma for £15 million, Thiago Alcantara has joined Bayern for £25 million. Fernandinho is a defensive midfielder who can defend well and attack well. He will probably sit alongside Yaya Toure in midfield and with his good range of passing and defensive movement it will mean Yaya Toure can venture forward more often where over the last few seasons he has been more dangerous.

When you are one of the best teams in the division which Manchester City are teams will set up to defend against you and will try and counter on you like Sunderland did on Boxing Day last year. Sunderland sat back and let Manchester City try and get through them but posed as a brick wall and when they had their chance they broke forward. As Manchester City were a narrow side under Roberto Mancini Sunderland took this into consideration and played with a narrow 4-4-1-1 and if they did move out to wings to bring in Zabaleta and Nastasic in to play on the wing then Sunderland would move as a unit as shown below

Manchester City in the past have played too narrow and this was evident against Sunderland last boxing day despite having James Milner on the pitch who did cut inside at times to link up with team mates but when he did get out wide to put the ball in the box Sunderland cleared every time with ease. Navas is a more direct wide man than Milner is and another problem which they did have against Sunderland was that they didn’t have a recognised left back and ended up playing Nastasic there who isn’t a threat on the wing. When teams set up like this it is key that you are patient with the ball which can frustrate the opposition not just go at them like a bull in a china shop. Working the ball across the back four a few times before going forward can help unlock the door as you can find gaps in the opposition structure. You can argue that they didn’t have Kolarov or Clichy available but they could have played a winger on the left to, to try and stretch Sunderland as they did have Scott Sinclair on the bench.

I do definitely think that not having a left winger will be fine for Manchester City as Clichy will take control of the left wing like Alba does for Spain however as mentioned earlier it can leave them a bit weak defensively if Clichy is caught up field. I think that not having a left winger can play to their advantage as they can focus more attention on the centre and the right of the pitch when going forward which teams will try and occupy but having Clichy on a free run on the left gives the side more options when going forward as he can collect the ball and run at the opposition at times unnoticed if they opposition and paying attention to all the other players. Navas will operate on the right and will be very direct and looking to put the ball into the box same for Nasri however I expect him to be tucked in more infield near David Silva who I expect to have a free role in the side.

As I have been writing this piece on Manchester City it has been confirmed that Alvaro Negredo will be joining Manchester City for what is expected to be a £21.5 million transfer fee. Since signing for Sevilla in 2009 Negredo has had an excellent goal scoring record. Because of this signing I would expect Negredo to be a weekly starter for Manchester City and I have amended the tactics below and have taken Nasri out to accommodate for Negredo with Aguero dropped back a little bit more as shown below. Despite amending it, the points still stand of Clichy occupying the whole of the left side and Navas on the whole of the right and David Silva cutting in and as shown in the past Aguero can drop back a little bit and play behind Negredo.