As European players depart for their holidays, or perhaps wind down with an international friendly, their South American team-mates do not yet get the opportunity to blow the final whistle on their season.

Next week, South America enters the business end of the World Cup Qualification process, with the upcoming double-header of fixtures representing a significant stage, for each of the 9 competing nations. At present, all 9 hopefuls can still mathematically qualify for the World Cup in Brazil in 2014, the first time that the World Cup will have been held in their continent, since Argentina hosted the competition in 1978.

With 4.5 qualification places still up for grabs, we preview next week’s matches and assess each nation’s hopes of qualifying, for Brazil 2014.

At this stage, 4 years ago, under the stewardship of their footballing messiah, Diego Maradona, Argentina came face to face with the prospect that they might not qualify for South Africa 2010. Only a famous stoppage time goal from Martin Palermo salvaged their qualification campaign.

This time around, Argentina have made far lighter work of their bid to reach Brazil 2014, with former Estudiantes boss Alejandro Sabella at the helm. Sabella has transformed the national side by becoming the first coach to successfully adapt the team to play to the strengths of their talisman, and World Player of the Year, Lionel Messi, who has excelled during the qualifiers, contributing 8 goals.

Argentina can secure World Cup Qualification with victory in each of their fixtures next week, however they face tough opposition in the shape of Colombia, and Ecuador, Argentina’s two closest competitors in the qualification table.  The Argentines have failed to record a victory in Quito, Ecuador’s high-altitude capital city, since 2001, and may be happy to take a point off their opponents, on this occasion. 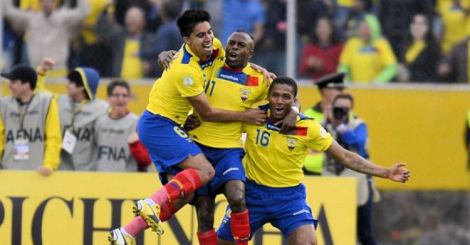 Ecuador, perhaps this campaign’s surprise package, are on the verge of qualifying for their third World Cup of the 21st Century, a remarkable achievement for a country which hadn’t competed in the World Cup finals, prior to Japan/South Korea in 2002.

After a slow start, Ecuador are unbeaten in their last 6 outings, in which they have recorded 4 victories, propelling them into 2nd place in the standings. Felipe Caicedo, and Christian Benitez, formerly of Manchester City and Birmingham City respectively, have been instrumental in this run, scoring 9 goals between them.

Ecuador’s next opponents, Peru, still harbour ambitions of qualification, and have taken 10 points from a possible 15 in their home matches this campaign. The Ecuadorians will certainly fancy their chances against Argentina in the following match, having triumphed against them 2-0, in each of the last two qualification games between the nations, in Quito.

The Colombian national team is currently experiencing a re-birth under veteran Argentinean coach Jose Peckerman. The country has not qualified for a World Cup since a Carlos Valderrama inspired team reached the finals in France, in 1998. 15 years on, there is a golden generation of Colombian footballers, who look set to replicate the exploits of Valderrama and co.

Radamel Falcao and James Rodriguez have made headlines in Europe this season, and have also combined to scintillating effect, for Colombia, in the World Cup Qualifiers. Cruz Azul’s Teofilo Gutierrez has also impressed.

The Colombians will look to bounce back from a shock defeat to Venezuela in their last outing. While 3 points at home to Peru is more than achievable, Peckerman would surely be happy to pick up a point against his fellow countrymen, in Buenos Aires. Colombia last avoided defeat in the Argentine capital in 1997, when a Carlos Valderrama equaliser earned his country a draw.

Chile, who progressed to the last 16 of the World Cup finals in South Africa, have thus far suffered mixed fortunes in the race to qualify for Brazil 2014. After enduring a run of four straight defeats, they recorded a vital 2-0 victory over Uruguay in their last fixture, to get their campaign back on track.

The team possesses genuine world class talent, with Barcelona’s Alexis Sanchez and Juventus’ Arturo Vidal, the star attractions. The country will be pinning their hopes on these two players, to spearhead Chile to victory in two eminently winnable fixtures against the table’s bottom sides. 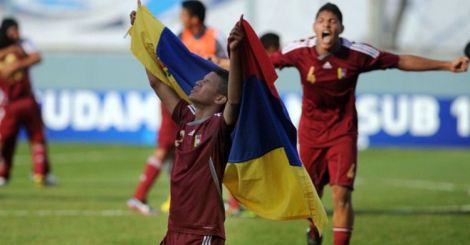 Venezuela, who have never previously qualified for a World Cup, have shocked many throughout this South American qualification campaign. But perhaps people should not be so surprised, as a 4th place finish in the 2011 Copa America signalled their intentions.

The country have progressed on a campaign by campaign basis, ever since they finished bottom of the table for the 1998 World Cup qualifiers, when they failed to win a match, and recorded a goal difference of negative 33.

At present, Venezuela occupy the play-off position in the qualifiers, and have given the nation the best chance to qualify for the World Cup finals in recent memory. With a squad evenly split between players who play with clubs in their homeland, and those who are currently plying their trade in Europe, a positive outcome from their upcoming double-header is absolutely crucial to their chances of making history.

A trip to La Paz, Bolivia is a notoriously difficult fixture, owing to the high altitude of the city. However, Bolivia have only recorded 2 victories from 6 home matches throughout this campaign. In arguably the most important match of the qualifiers yet, Venezuela must make the most of home advantage against Uruguay, who are hot on their heels for the 5th and final qualification spot. 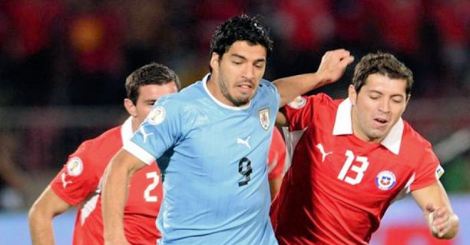 Another surprising feature of this qualification campaign has been the underperformance of Uruguay, semi-finalists at the 2010 World Cup. The team were expected to progress after their Copa America success in 2011, yet they may fail to make it to Brazil 2014.

Uruguay’s problems have come on the road, as they have only been able to pick up 1 point from 5 away fixtures.  In the process, they have suffered embarrassing defeats to both Bolivia, and Colombia. With tough matches still to come against Colombia, Ecuador and Argentina, it is essential that they remedy their abysmal away form, by taking all 3 points against Venezuela.

It seems unthinkable that a team containing Luis Suarez, Edinson Cavani and Diego Forlan would be unable to qualify for the World Cup, and the nation will be relying on the firepower of these three strikers, in the closing games of the qualifiers.

Peru, who have not qualified for the finals since 1982, may have left themselves with too much to do this time around. A minimum of 3 points from their next 2 fixtures is likely to be required, should they be able make a late push for the qualification places. Unfortunately, the two matches come against high flyers Ecuador, and Colombia, who have both previously beaten Peru, this campaign.

Peru maintain a fairly healthy record in Lima, contrasting their woeful away performances, in which they have been unable to secure a victory. Therefore, their greatest hope for qualification is to take all 3 points against Ecuador on home turf, on the Friday night.

With only 9 points from their opening 11 games, it looks almost certain that 2014 won’t be Bolivia’s year. Holding Argentina to two incredible 1-1 draws, and a 4-1 thrashing of Uruguay, in La Paz, have certainly been highlights. However, these moments stand in isolation.

Barring a miracle, Bolivia will have to wait until 2018 to grace the finals at football’s greatest exhibition, 24 years after their last appearance, at USA 1994.

Just 3 years ago, Paraguay were within a penalty kick of taking the lead against champions elect Spain, in the World Cup Quarter Finals. Now, they suffer the humiliation of bringing up the rear in the qualification table, for the 2014 tournament. Following on from their heroics in South Africa, Paraguay went on to finish as runners-up in the 2011 Copa America, making their fall from grace, all the more incredible.

Realising that their only hope is to somehow win all of their remaining 5 fixtures, the team will take comfort from the fact, that all but one of these games takes place in Paraguay, starting with the visit of Chile, on Friday.