Earlier this past weekend on Saturday evening to be precise, I was lying in bed and I received a tweet from a friend: ‘Weirdest friendly I have ever heard of… Heaton Stannington vs. GABON’.  This had to be a hoax surely, Heaton Stannington are a local side about six miles away from where I live, and they are champions in the 11th tier of English football.  Yes, earlier this month, Heaton Stannington clinched the Pin Point Recruitment Northern Alliance League Premier Division title with a 3-2 win at Shankhouse.  So when you hear that Gabon are looking for a warm-up against a local side to fine tune for the Olympic Games Football Tournament you would look at the likes of Conference side Gateshead or lower than that maybe Blyth Spartans. However, it hoax it was not, former Newcastle United great Nolberto Solano’s agent arranged the friendly. There I found myself at noon on Sunday watching the likes of Saint-Etienne’s Pierre-Emerick Aubameyang warming up at Groundsell Park, Heaton just a few miles from Newcastle City Centre, a surreal spectacle to see a player on this pitch who normally plies his trade in one of Europe’s major leagues.

Gabon, like most African teams are a swift side and a prime example would be the superstar Aubameyang as his speed caught him offside many times by the Heaton defence before scoring easily twice.  In a sour note, Sogea FC’s right-back Emmanuel Ndong was tackled hard and taken off injured on 38 minutes and was seen with his ankle taped up during the second half but we were unaware of the extent of the injury. Les Panthères went in at the break three goals to the good after Allan Nono of Gabonese team USC Libreville, found the net with a smashing header from a corner in-between Aubameyang two goals. Another Ligue 1 starlet, goalkeeper Didier Ovono of Le Mans, as you can imagine was never troubled apart from the odd catch of a cross.

During the break, the local children invading the pitch to take some shots into the goal instead of their usual “jumpers for goalposts”, the African stars knew their warm-up would not be occurring. The second-half slowed down the game as the Geordie part-timers drained as the clock ticked on but Gabon’s red-haired substitute striker Axel Meye who plays in his hometown of US Bitam finished the game off with a cool finish. The game concluded as a 4-0 win to the Africans.

Not every day you see an African international football team playing in your back-yard with the ability to meet a player you have followed for a few years and have a quick chat with him.

Check out our Olympic preview this week in Issue Seven of World Football Weekly and our coverage throughout the Games. 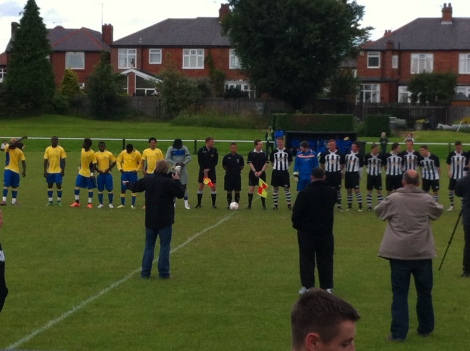 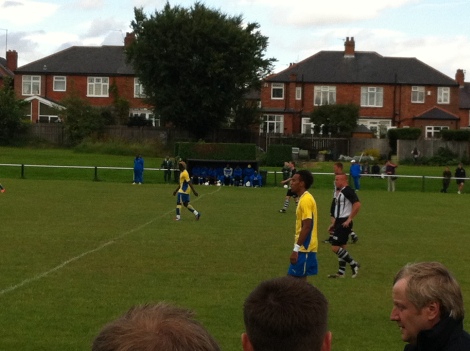 One response to “OLYMPICS: A Long way from Libreville – Gabon’s Olympic warm-up in Newcastle”