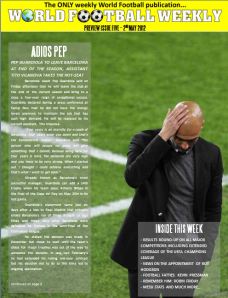 INSIDE THIS WEEK’S ISSUE
We will have an indepth look at the appointment of Roy Hodgson to England and the announcement of Pep Guardiola’s departure at Barcelona.